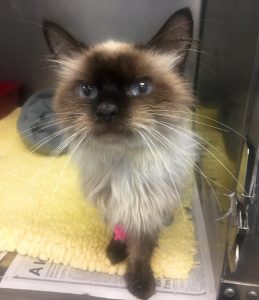 A runner heard Logan’s faint cries on a freezing cold night in December. The runner and a neighbor followed his cries into the woods and found him barely alive. He was freezing, starving and severely dehydrated.

The Good Samaritans brought him in to the clinic. The one neighbor decided she would like to adopt him if he survived and so paid for half of his veterinary bill. Healing Haven offered to pay the other half in order to give him the chance he deserved.

It appeared as though little Logan had no chance at all when he arrived at the clinic, but we knew that he had fought to live for a long time in those woods and we were not going to give up on him yet. After 24 hours of fluid therapy, heat therapy and nutrition he came alive again. 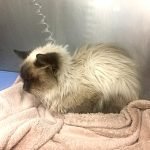 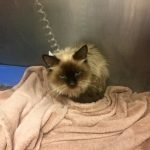 It was a combination of hope and love from us and perseverance as well as Logan’s strong will to live–and a bit of miracle sprinkled over him as well. He was another incredible example of why we do what we do and why every animal deserves a chance. Today Logan is enjoying a comfortable, happy life with one of the Good Samaritans who never gave up on him.